Are You Excited About Harry Potter?

I am, and you should be. It’s a momentous event in 21st century culture. Kids have grown up with Harry Potter. There is a whole generation of people who started reading the books when they were young, and as they grew up and became more mature the books kept coming out and got darker and more mature as well.

Here is Lupin’s description of Dementors, which I find to be amusing:

Dementors are among the foulest creatures that walk this earth. They infest the darkest, filthiest places, they glory in decay and despair, they drain peace, hope, and happiness out of the air around them. Even Muggles feel their presence, though they can’t see them. Get too near a Dementor and every good feeling, every happy memory will be sucked out of you. If it can, the Dementor will feed on you long enough to reduce you to something like itself…soul-less and evil. You will be left with nothing but the worst experiences of your life.

I have a T-shirt I’m going to wear to the IMAX showing Sunday. Unfortunately I don’t have a shirt for the new movie, but I really like my shirt with Voldemort on it. It has the below picture and on the back it says, “You will lose everything.” When I first heard those words on the trailer I got shivers. 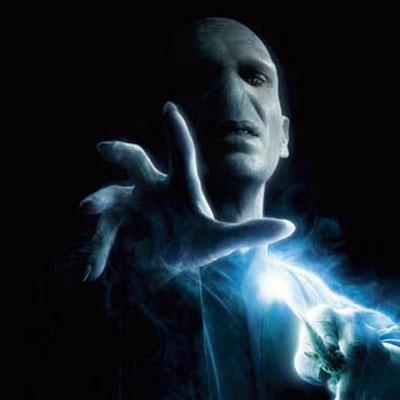 How scary is that picture?!

Some people say I’m not a true Harry Potter fan because I  never read the fourth book. Hear me out!

I got so angry about the movie that I decided the whole story was stupid so I didn’t waste my time with the book. I thought it was stupid because I didn’t think there was any way that responsible adults would cancel Quidditch in favor of a tournament that only three students could play, a tournament in which their lives would be risked. No way. It’s totally unrealistic and it just wouldn’t happen. J.K. should have come up with a more realistic story line.

“But it’s Harry Potter … it’s a fantasy world, ” you might be thinking, like every other jerk who doesn’t agree with me.

Sure, it’s Hogwarts, which is a fantasy world, but human behavior is human behavior. No adult would risk the lives of students for some stupid, pointless tournament. The adults in the series are continuously worried about student safety, yet all of a sudden they aren’t? Riddikulus! (you like what I did there?)

I’m seeing the movie at least two times this weekend. I can’t wait!!

4 responses to “Are You Excited About Harry Potter?”

What are your thoughts? Cancel reply